The poor are getting poorer and the rich are getting ever richer. The rich claim that this are the cream of the cream. What for? That the earth perishes from it? That all the animals and plants die from it? That more and more poor people are starving?  Does that make proud?

When will we realize that it is the poor who buy our goods. If they can not buy in the end, we are back in 1929 !

Ironically the Americans scream for unbridled capitalism, as if they had forgotten the history. They have analyzed Germany after the war. They should know what poorness is producing in the humans. After the war they knows it. 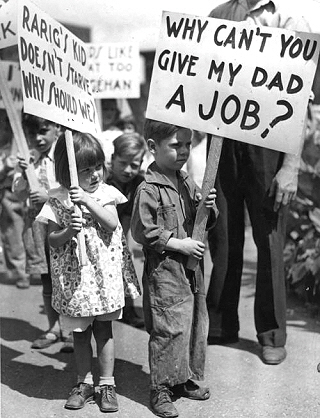 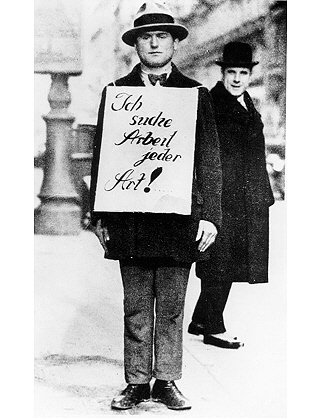 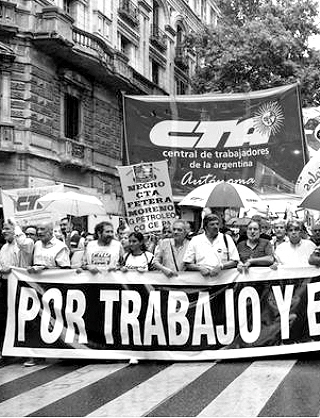 So ! What are we going to do about it?  Build more weapons and more security systems?  This will not help with safety not !

It is important to create a new and genuine worldwide social market economy.

There will be even more unemployed if we end the nonsensical mass production which feed just the bank accounts and produce durable, ecological products. However, then many people will work in maintenance again.

And there is a lot to do. Our planet looks like a messie apartment, we have to clean up and eliminate the pollution. Plastic, electronic waste and nuclear waste, that's a difficult task, we need workers.

But we also need more energy, more water and less CO². So we have to build solar power plants in the deserts of the world, on all coasts gigantic desalination plants have to be created. The water and the energy must be transported to where it is lacking, we need piping systems.

We need workers. Soon we will realize that we actually need guest workers from other planets..

Of course, what we urgently need is the money that are hoard 10% of the population in accounts like Donald Duck, and which seems to be multiplying by itself. Of course this way it can not work. The money must not hang in the pockets of less firmly and be used only to blackmail the workers to make even more money for them. What kind of laws are these? That's A-social. The money belongs in the hands of the states, so that they can solve the tasks that need to be solved, even if it can not be stolen more money from the pockets of the poor with that.

Money can not multiply because it has no sex. Someone has to work for it. Only for the product of this work can the central bank give out money. To lent money is important to start processes. However, it must not lead to the fact that someone enriches his self and determines the interest or returns payable for it by it selfs. That must be a matter for the states.

If somebody wants to build a house by workers, because it is urgently needed, then the dynamic interest and yield system ensures that this house can be built quickly. But if someone hoards their money into accounts in the hope of being able to live on the interest or on the returns, then the dynamic interest and yield system limits him, so that he can not let others work for himself. He should kindly work by himself, as he demands of his workers. He then receives the equivalent of his performance.

It is important to save money for emergencies and clearly a rich person may need something more. But the saved must be limited in growth. If the dynamic interest and yield system is applied consistently then there is no inflation and prices remain stable, then the saved money does not have to grow any more. Then only the work is paid and not the possession of money and that's the way it is right. As it is now, it is definitely wrong, because today a worker works the first six hours of the day for people who do not want to work and only the last two hours of the day for themselves and his family. So it can not by longer. Because of this the rich are getting richer and richer and the worker are getting poor and poorer.

On top of that, the rich become more powerful than the governments, just do what they want and that will destroy the earth. For these reasons, we are all in this bad position. Because of this Workers are unemployed. Because of this there are Financial crises. Because of this, the atmosphere warms up.